We are closed from Thursday, November 24, 2022 to the end of the weekend in observance of the Thanksgiving Holiday. 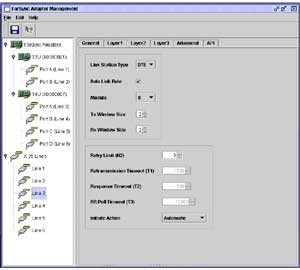 The XOT extension allows applications using the same API to transmit data over XOT (X.25 over TCP/IP). TCP/IP is normally routed over Ethernet on PCs and Servers. The XOT support is compatible with FarSite's FarLinX X25 Gateway and also other manufactures XOT products. The XOT and X.25 interfaces can be used simultaneously. The FarSync XOT Extension for Linux is available under product code FS9508, it should be ordered at the same time that the FarSync X25 card is purchased, although a retrofit is possible.