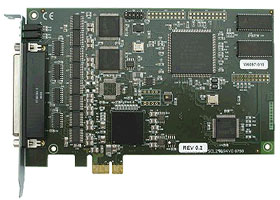 The FarSync T4Ue card and software is designed to provide high performance hardware communications solutions for business, government and the military who need a PCIe synchronous communications card. The product includes a low level driver that allows access to the communications features available in the hardware. The card can optionally use the host's standard TCP/IP protocol stack to allow access to IP based networks such as the Internet. The FarSync SDK provides a Developers Toolkit for the product. The card will support a synchronous line at speeds of up to 10Mbits/s continuous. The highly flexible universal network connector supports RS232C, X.21, RS530 (RS422 signaling), RS449 and V.35 network interfaces.